KmsdBot, a new cryptocurrency mining botnet, was unintentionally shut down as a result of an ongoing study.

The Akamai Security Intelligence Response Team (SIRT), which gave KmsdBot its name, discovered it in mid-November 2022 and used it to brute-force computers with shoddy SSH credentials.

The main objectives of the botnet are the deployment of mining software and the capture of the compromised hosts into a DDoS bot. The botnet targets both Windows and Linux devices across a wide range of microarchitecture.

“Interestingly, after one single improperly formatted command, the bot stopped sending commands,” Cashdollar said. “It’s not every day you come across a botnet that the threat actors themselves crash their own handiwork.”

This, in turn, was made possible by the absence of an error-checking system to verify the received commands in the source code.

The Go binary operating on the infected machine specifically crashed and stopped communicating with its command-and-control server when an instruction was delivered without a space between the target URL and the port. This effectively ended the botnet.

As a result of KmsdBot’s lack of a persistence mechanism, the malware operator will need to reinfect the machines and start again with the infrastructure.

Cashdollar said, “This botnet has been targeting some very significant luxury brands and gaming companies, but with one missed command it cannot continue.” This is a good illustration of how technology can be unpredictable and how even the exploiter can fall victim to it. 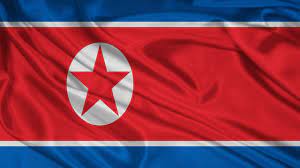